10 years ago the Emili Pujol Symposium was created with the intention of showing a monographic conference with illustrative witnesses, documentary and musical exhibitions, and will reveal the human figure and the artistic relevance of the illustrious musician. With the transmission of this call we have managed to preserve the memory of him and the legacy he left us and we will continue to do so until his worth is recognized.

Until the beginning of September at the Piedra Seca Interpretation Center, the public will be able to visit the illustrated exhibition by Ramon Llanes Bordes that shows the four facets that defined Maestro Pujol: interpreter, composer, musicologist and pedagogue. A series of personal objects related to the artist on loan from the Torrebesses Josep Jané y Periu Ethnological Collection will also be presented.

Great works of guitar literature will be heard in the Church of San Salvador during the summer with the participation of the virtuoso Russian musician Sergey Perelekhov, winner of the Barcelona Llobet 2020 Contest, followed by the young promise of the Catalan guitar, Izan Rubio and ending with the prestigious Turkish guitarist rooted in the United States, Celil Refik.

Finally, on Saturday August 28 with a noon visit to Mas Janet, the manor house where he found the ingenuity of much of his musical work, we will enjoy the space where the teacher spent seasons inspiring and exhaling with the living matter of the earth. At night, we will close the festival and almost the summer with a sound documentary made by Pau Capdevila, an acoustic immersion within the Pujol Universe with a succession of sound scenes based on his intimate writings, his music, personal testimonies and soundscapes. 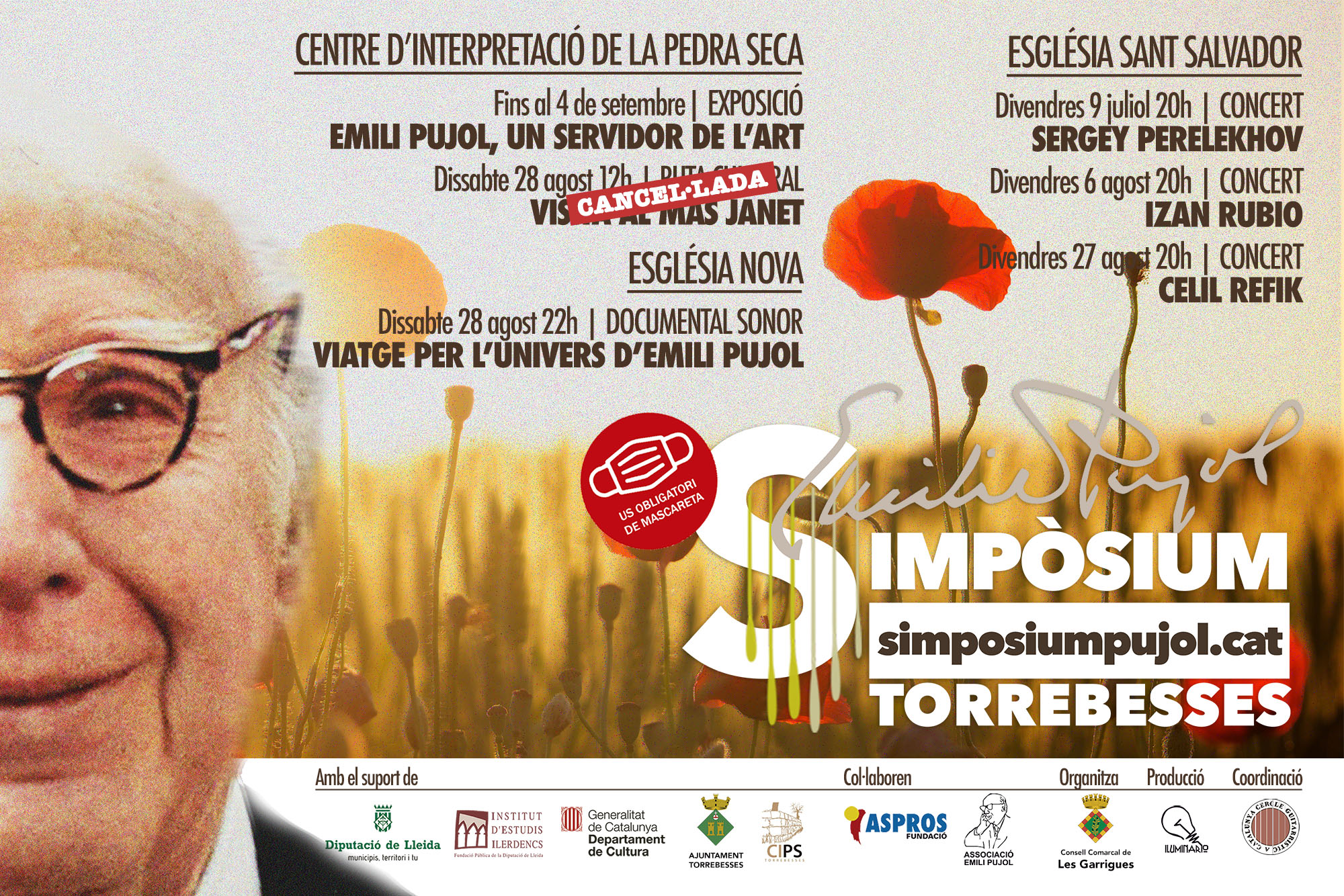