After the celebration of a heartfelt tribute in 2011, on the 125th anniversary of the birth of the teacher Emili Pujol in the city of Lleida where all public institutions were involved, the Consell Comarcal de les Garrigues launched a cultural initiative of territorial impact paying tribute to the illustrious musician of the region, the Garrigues Guitar Festival. A proposal that the teacher Pujol himself projected in the 1970s, promoting, as a cultural expression, music to all corners of his native land: “Here I experienced the first sensations reserved for childhood and the first yearnings of youth. In this land of Lleida, I would like to make my last effort at the service of the guitar and art”.

This year the eighth edition of the already consolidated Guitarfest will be held with the support of the Generalitat de Catalunya, the Diputación de Lleida and the Institut de Estudios Ilerdencs and under the umbrella of a large part of the town councils of the region. A new edition of the Emili Pujol Symposium will also arrive in La Granadella, his hometown and favorite son, and that since the last edition the town of Torrebesses, where he lived and lived together during the summer season, joined the conference.

This year, at the gates of the 40th anniversary of his disappearance, the Consell once again launches a cultural initiative complementing the Symposium with an innovative research course in the balance of body and mind combined with the technical study of classical guitar under the pedagogical philosophy by maestro Pujol and which will also include a guitar contest with the purpose of publicizing and illustrating, within the guitar literature, his compositional work, much of which was created in Mas Janet, his family farmhouse located between La Granadella and Torrebesses.

These initiatives form the Univers Emili Pujol concept, which aims to give visibility and international repercussion from the website emilipujol.cat 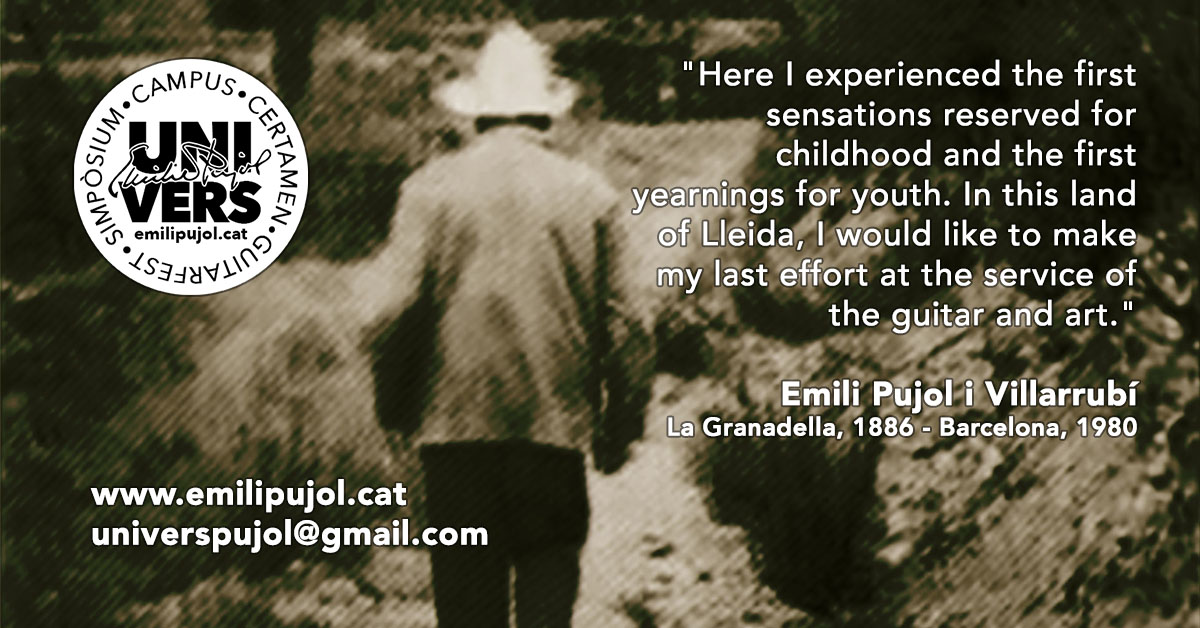